While travelling to and from the States in the first couple of weeks of this year I read two books (wasn't time to read more; plus, on the way over I had a cold and didn't feel like doing anything).   One - I read this on Kindle - was Alan Jacobs' The Pleasures of Reading in an Age of Distraction.   The other was a book I picked up because it was going for under $5US in a bookshop at San Francisco airport.  (Of course by the time they'd added on the tax  - why don't they just include it like sane nations do? - the book was slightly over $5, which niggled my NZ equanimity a little!) This one was The Anthologist, by an author unknown to me: Nicholson Baker.  This turned out to be a thoroughly enjoyable book that I finished while waiting at the airport and on the flight home (including a patch at what was, by then, about 3 am NZ time).

This is listed as a novel, and it does tell a kind of story from the viewpoint of its narrator, a self-deprecating character called Paul Chowder, a sometime poet.  Chowder's lady friend has recently left him because he just can't, or won't, get on with the introduction to his anthology of poems that rhyme.  The suspense in the book hooks on these two facets: will he get his 40-page introduction done by the deadline?  Will his lady-friend return?

But far more of the book hinges on Chowder's (or perhaps Baker's) views on poetry that rhymes, and how that's much closer to the human soul than free verse (even though he has such a writer's block that he can't write such poetry anymore).   He also offers in the process his views on innumerable poets, giving snippets from their biographies, critiques of some of their poems, the connections between different poets and how that affected what they wrote, and much more that's related to the topic.  It's a grab bag full of wit and some wisdom, some strong views and some snide ones, and numerous hilarious stories about all sorts of things, related and unrelated to the novel's 'story.'   It's thoroughly enjoyable and quite unlike any novel I've read.  The subject matter appealed to me, which helps (it's not long since I finished Stephen Fry's book on writing poetry, The Ode Less Travelled), but Baker is so engaging in this book, whether he's pretending to be Chowder or not, that I found it hard to put it down.

The author of the other book, Alan Jacobs, is someone I follow on Twitter (his Twitter name is @ayjay).  The quotes he collects that appear on one of his blogs - More Than 95 Theses - are worth following alone, but he's also written several interesting books, including one of C S Lewis (The Narnian) that is a better biography and discussion of Lewis' works than any I've read. 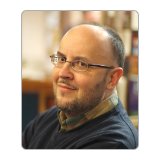 His new book is a paean to the joys of reading, a discussion of whether reading is going downhill or on the rise (it's the latter), a discussion on whether it's necessary to follow slavishly through books like The 1001 Books You Must Read Before You died, or whether it's better to read on a Whim (and he explains that a Whim with a capital W is somewhat different to a whim without the capital).   He shows that reading isn't limited to those books that are important, and that in spite of what such critics as Harold Bloom say, reading Harry Potter and the like (and even trashy novels) definitely has its place.  He also talks about the fact that we have different views of the same book at different stages in our lives: what seems wonderful when we're young can be dry years later (he found Absalom, Absalom! a revelation when young, but difficult to enthuse about a couple of decades later) - or vice versa: a book that's impossible for us to read in our youth may open itself to us when we've lived longer.

He writes about abandoning books without guilt - this is something we find hard when young; it seems 'wrong' to have got so far through a book without finishing it.  (I've begun to keep note of those books I've abandoned, with an explanation as to why I didn't persevere; perhaps this helps assuage the guilt!)  And, as he says, abandoning a book at one period of your life doesn't mean you can't come back to it at another stage.

He has a wonderful section on annotating books - whether we should do it with page-turners, and why we should keep a pencil handy when reading more serious works, particularly non-fiction.   His comments here reminded me of Billy Collins' poem, Marginalia.   (Billy Collins gets a few lines in Baker's book too: a few derogatory lines, because Collins is so successful and Chowder isn't!).  He discusses why we think we need to read faster.   (A blogger wrote that Mark Driscoll, the masculinist pastor of Mars Hill Church, claims to read a book a day.   Jacobs doesn't call that reading.)   And he looks at the value of reading poetry: a poem is usually short, its measure can be grasped quickly, but it requires several readings to get to grips with it.  This re-reading (and memorising too, if you can) is valuable for our overall reading.

Reading this book on Kindle meant I could highlight and make notes as I went along.  I think I've highlighted and noted more on this book than on any other recent one, such was my enthusiasm for what Jacobs has to say.  Of course, I believe deeply in reading anyway, so he doesn't have to convert me to anything, and much of what he says here is relatively familiar territory.   It's useful to have it under one cover, as it were.  Incidentally, he's a considerable fan of Kindle himself, and offers reasons as to why it's a valuable addition to our ways of reading.
Posted by Mike Crowl at 3:32 pm

Both these books sound fascinating, Mike - thanks for alerting me to them! (Ah, but how can I maximise my reading productivity to ensure that I get around to reading them?)

Ah, there's the rub! The Baker is very easy to read...and in a way the Jacobs is too, though I had to stop and think a bit more with that one. No challenge to an intellect like yours! I saw your Men Behaving Badly on display in the library yesterday, by the way.

Whoops...Men Briefly Explained is the book I meant! LOL