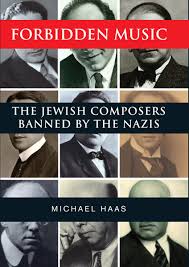 I'm reading Forbidden Music: the Jewish composers banned by the Nazis, by Michael Haas. It quotes a lot from early music critics, and two particular examples appealed to me:

On page 60, Julius Korngold (father of the film composer, Erich Korngold) writes about atonal music, in 1925.

The tonality traitors know well why they're against expression. They have to make a virtue out of necessity. Atonal cacophony negates sensual, melodic, emotional sensibility. We read in Alfred Einstein's Dictionary of Modern Music  that 'The atonal melody is fundamentally a purely mechanical product and presents us with a contradictio in adjecto - an absurdity, since the comprehending spirit is incapable of finding any coherent relationship between the individual notes. One cannot write music based purely on a negative principal.' Hence the flight into linear contrapuntal writing that lucus a non lucendo - cannot be correctly voiced - causing a flight from all relationships into the tonality death-zone: the Twelve-Tone Row; this in turn results in objective, soulless attempts at messing about with material; the psychological effects of pitch and tone themselves being raised as the postulate of 'new music.'

The above was directed to some extent at another music critic, Eduard Hanslick, who was also no slouch at making his opinions heard. Here he is discussing another composer, Karl Goldmark, and his opera Merlin. However, he sidetracks into some sniping at Wagner...(from page 59)

For all the musical independence that Goldmark has now acquired, it's apparent that in Merlin he still stands under the influence of Meyerbeer and even more obviously, Wagner...His musical expression is impregnated with Wagner essences, though Goldmark captures different perfumes from the ones that have been floating about for the last 30 years. Occasionally, though, he inhales too deeply. King Arthur reminds one with his spongy sentimentality of Koenig Heinrich and the Landgraf Hermann...The love-duet is inconceivable without the templates of Lohengrin and Tristan. One is further reminded of Wagner with his unnatural emphasis on the dramatic, the restless chromatic breaks, and the flooding enharmonic modulations....Yet the means by which the work is composed is quite different from Wagner. With Goldmark, the sung melody remains at the centre, despite the fact that it doesn't exactly flow in generous quantities, but at least it isn't allowed into stammering declamation, which swings back and forth over a melody being spun out endlessly in the orchestra. Where there is need of a lyrical oasis, Goldmark places these within the architectural forms which became the jewels of opera in the days before Wagner: choruses with knights and elves and women; even strophic songs, marches, and a well-organised ballet are offered.