Yesterday, amongst other things, I finished the set of eight songs to words by Peter Olds. I've been working on these since April, so it's good to have them done. I had a particular singer in mind when I wrote them, but I get the feeling she's not interested in doing them, as I've had no responses either to an email I sent a while back or to a note on Facebook. Might have to find someone else!
I've been writing music this year with the intention of doing another concert, as I've no doubt mentioned previously, and was pleasantly surprised to discover over the last couple of days that 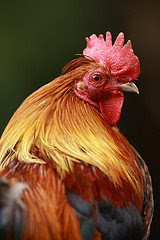 I had several other songs that would be suitable. I'd written three children's songs back in 2000 that have never been performed, as far as I know, plus a song that did get one performance in 2006; another that was written at the same time, that didn't get any performance - at least I've never heard that it did, and two other songs to the same set of words. These were written for a couple who wanted to be able to sing a poem they enjoyed reciting to their toddler at that time. I wrote a slow version and a fast one. What's happened to them since, I don't know.
Anyway, with those six songs, the eight Peter Olds ones, the four piano pieces, another song called The Cockerel and the waltz I wrote for my wife, I've got a fair amount of material for a concert. Might need to have a few other things - perhaps an instrumental piece - to round the thing out and give a bit of variety. I have been writing instrumental music - suite for Brass Band, and a string quartet, and a suite for cor anglais and strings, but I can't see any of these getting performed in a rush. What I need is an impresario to look after my 'marketing'. It's something I'm not good at.

The fancy-looking cockerel was photographed by SteveB

Not that I'm an impresario, but what is the route that such a person might follow to market your music?

A good question. Unlike writing, where it's pretty much send it off to the publisher/magazine editors and hope for the best, or get yourself an agent if you're in a bigger league, composing doesn't quite seem to have that system. Maybe it's just that I've never investigated further. But there seem to be few music publishers around, and even SOUNZ doesn't promote your music unless it's already recorded, which seems a rather roundabout way of doing things....!