The meaning of Winnie-the-Pooh 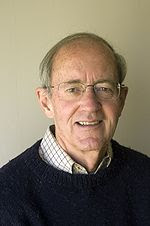 Is this at last, then, the 'meaning of Winnie-the-Pooh: the falseness of every overtly proffered ideal? If you suppose so, I want you to listen carefully from here on. A strong misreading is still a reading, with all its loose ends tucked nearly out of sight. Since meaning, as one of "Milne's" [Milne in quotes because it's already been proved he didn't exist] poems proclaims, '"isn't really anywhere!/It's somewhere else instead," the meaning of nonmeaning must itself be deconstructed if we are to keep pace with the text's self-dissolution.

Jonathan Culler once memorably defined this task for us. A critic's role, he wrote, is that of "sawing off the branch on which one is sitting":

One can and may continue to sit on a branch while sawing it. There is no physical or moral obstacle if one is willing to risk the consequences. The question then becomes whether one will succeed in sawing it clear through, and where and how one might land. A difficult question: to answer one would need a comprehensive understanding of the entire situation - the resilience of the support, the efficacy of one's tools, the shape of the terrain - and an ability to predict accurately the consequences of one's work.

The last quote comes from the [real] book by Culler: On Deconstruction: Theory and Criticism after Structuralism.
The pseud stuff before it comes from page 11 of the satirical book, Postmodern Pooh, by Frederick Crews, (pictured above) writing at this point in the book under the name of Felicia Marronnez.