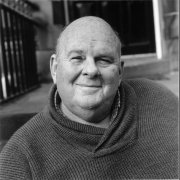 One of the things I love about Les Murray's poems is the way he frequently creates a poem out of a list.  But in his case, it's not just a list of names that might or might not have a relationship to each other, it will be a list of hugely inventive metaphors for a particular item.  Shower is a prime example.  He takes the idea of a shower and provides a seemingly endless array of creative approaches to thinking about the simple shower.   There's a typical Murray humorous ending to this poem as well.

I've known the poem Shower for some years, because it was one that I memorised.  However, while reading through one of his collections I came across a poem called Broad Bean Sermon.  This poem isn't quite like Shower in that it doesn't focus completely on 'explaining' the idea of a broad bean.  This second poem does give a number of metaphors for broad beans, but also delights in the idea that no sooner have you picked them all than you find there are just as many still to be picked:

Going out to pick beans with the sun high as fence-tops, you find
plenty, and fetch them.  An hour or a cloud later
you find shirtfulls more.  At every hour of daylight
appear more than you missed:

It swings back and forth between the two themes.   And here is just one section of his descriptions of the beans:

The site where the poem appears online has 'freshy-sided' but in one of my books of Murray poems, it's printed as 'flesh-sided'; in another it has 'fleshy-sided'.  None of these is clear as to the meaning, and which is correct?  Maybe all of them; other poems by Murray have variations like this, depending on which edition of his books you're looking at.

In relation to this I want to direct you to a blog by Iain Sutherland, called The Ink Jester.  Iain is a young friend of mine - he and I have known each other for years, since he was little.  As a child he played the dwarf in The Lion, the Witch and the Wardrobe (I played Mr Beaver) back in the early 2000s, when our church presented a dramatised version of the book.   Iain's been experimenting with writing on his blog, and the other day he produced a list of 152 uses for a paperclip.  It's not poetry, and not intended to be, but as a list of ideas it has some delightful moments.*

Later addition: I just rediscovered a short poem that fits into this post nicely...I've been working through my list of cuttings and found one by Jonathan Potter, called You and I.  In it, the writer details several things about the 'You' of the title.


*This used to be available online, but seems to have disappeared.