"Stadium Profit Forecast" proclaims a headline in today's ODT.  I thought initially - it isn't April the first is it? - sadly, it's not. When you read the whole article you discover that the 'profit' comes, yet again, at the expense of the ratepayers of Dunedin. In fact, in real terms there's absolutely no profit at all. 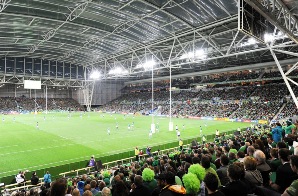 It's all playing around with accounts: in order to turn Stadium losses into profits, the
1. Rent was halved by $2 million.
2. $30 million of Stadium debt was transferred to the Council's books.

The supposed profits might reach $600,000, Davies enthuses. Well, they might, if the ratepayers of Dunedin don't get sick to death of the whole farce and demand their money back.

Someone who understands accounting better might be able to explain how there are actual profits. In my amateur bookkeeping understanding (I did get 100% in a bookkeeping exam, many years ago) all I can see if this: if you remove debts from a company and you cut their rent in half then of course that will allow to make money more easily. Meanwhile, the company that's taken on the debts will have to pay them at some point, presumably with interest. I couldn't see a Bank ever offering to do this.