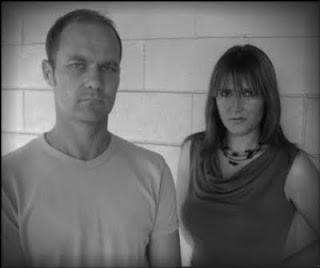 On Sept the 8th, there was a meeting with John Boscawen, Bob McCoskrie, Jim Evans and Larry Baldock on amending s59 of the Crimes Act to decriminalise the use of reasonable force for the purposes of parental correction. (That's the 'anti-smacking' bill for you bods out there wot didn't understand that legal language.0

Madeleine Flanagan wrote on the blog, MandM about the meeting, and gives a short rundown on what each of the speakers said, as well as reminding us of the difficulty Sue Bradford apparently has with everyday, ordinary plainspeaking language. She doesn't do her party any favours, and it would probably be best for them to forcibly retire her as soon as practically possible.

Unless, of course, she can come up with a real solution to the problem of child abuse in this country, something she so far has predictably failed to do.

Incidentally, I hadn't come across the MandM site before - it's run by Matt and Madeleine Flanagan - you can read all about them here. I like their style, and have signed up to the Twitter page to give myself an idea if they're the sort of people I'd like to keep track of (!)
Posted by Mike Crowl at 4:55 pm

Matt got his doctorate from Otago a couple of years back.

We are now enjoying yours and have added it to our blogroll.

Thanks, Madeleine. You'll find mine isn't quite so focused as yours, but that's why it's "Random!"