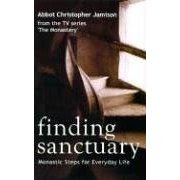 In February 2004 BBC Television broadcast a programme entitled 'What the World Thinks of God.' As part of their research they commissioned Bradford University's Peace Studies Department to carry out an audit of wars over the last hundred years, with specific reference to the role of religion in causing those wars. Looking back at history, they analysed the actual mechanisms by which religion might case war and found several possible ways in which this occurs. These mechanisms might be the promise of salvation to those who fought the infidel, or the intention of religious leaders to seize holy places - both key factors in the medieval crusades. Or they might be the desire ot convert the enemy, as in the wars of the Reformation.

The researchers then analysed the thirty-two wars of the twentieth century. Their conclusions were that only three had a significant religious element. They considered the Israeli-Arab wars, for example, to be wars of nationalism and liberation of territory (and I would ad that the same is true of the Irish wars and conflicts). They noted that the current campaign being waged by Arab terror groups is largely about political order in the Arab countries, especially the presence of foreigners there. These groups use the language of religion, but the use of religious language to justify terrorism is disowned by mainstream religious leaders.

Political leaders use differences in confessional faith as a way of mobilising support for political wars, and it is mainly in this way that religion becomes a factor in war. Furthermore, the main wars of the century (the two world wars, the Russian civil war leading to Stalin's regime, the Chinese civil war leading to Mao's regime) claimed seventy-five percent of all casualties of war in the twentieth century: they killed 150 million people. None of them is attributable to religion. The recent conflicts in which religion has played a significant role have killed only one per cent of the number of victims of secular wars.

This study provides evidence that religion is not a major reason for war in modern times. But the two great moments of violent religious conflict in Europe, the Crusades and the Reformation, have cast a long shadow over the popular mind, so that even though there have been no truly religious wars for many centuries, even intelligent commentators still insists that religion causes wars. The reality, however, is that in the modern world it is governments, and not religions, that cause wars. (pp 165-6 Weidenfeld and Nicolson edition 2006)

And on another tack entirely:

And in spite of the title of this post, one more:

You may be wondering whether such an approach to scripture is only for monks, so I offer you this thought from St John Chrysostom, the great fourth-century Archbishop of Constantinople. "'I am not,' you will say, 'one of the monks, but I have both a wife and children, and the care of a household.' This is what has ruined everything, your thinking that the reading of scripture is for monks only, when you need it more than they do. Those who are placed in the world, and who received wounds every day, have the most need of medicine." (pg 66 ibid)
Posted by Mike Crowl at 8:20 am