Blogging and other things

Because I have nothing else to do.

Because my life is empty and blogging fills in some time.

Because I have to write and blogging does the trick.

Because I think I can write.

Because I’m trying to communicate with a world beyond my immediate sphere.

Because I want my family and friends to hear my opinion on everything.

Because my wife has had enough of hearing my opinion on everything.

Because I’ve committed myself to blogging at least once a day.

Because I believe in blogging.

Because I want to make lots of money from having a blog.

Because when I first heard about blogging several years ago I couldn’t see the point and now I can.

Because there are people out there just waiting to hear from me.

Because I want to know whether anyone reading this understands irony or not.

Because it gives me a chance to tell you why guys wear engagement rings.

Or what a smidgen is.

Or discuss the Hitchcock auteur theory. 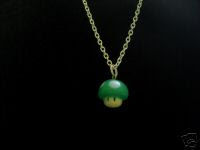 Or admire nintendo jewellery - if you can tell me what the nintendo side of this kind of jewellery is, I'm be interested. Here's a pendant with the name Nintendo attached to it, anyway.

Consider why athlete's might have athlete's hand rather than athlete's foot.

Or to answer such queries as: what music does the aquaggaswack play? (I didn't believe I'd ever written about such an instrument until I checked back on my blog just now! Crikey, you'd think you'd remember something like that.) Here's some information about it, according to the Oddmusic site: The first version of the Aquaggaswack, built in 1996, only had about 18 pot lids and was narrower (It didn't have the outer sections). This second version, revamped in 1998, has 29 pot lids representing a majority of the notes in an octave, plus some quarter-tones. The center lids have mostly "bell"-like tones and the outer sets have a more "gong"-like tone. All the lids were obtained from thrift stores and friends. At various times both versions of the Aquaggaswack also included a cymbal, jingle bells, a cowbell with clacker and a mine cylinder.
Any the wiser? There's a picture of the aquaggaswack on that site as well, if you think that a picture's better than a thousand words (or even the 94 in the paragraph above).
Posted by Mike Crowl at 8:21 pm

While I can see some of your reasons, how honest are some of these other ones:
>Because I have nothing else to do.
>Because my life is empty and blogging fills in some time.
>Because I believe in blogging

Hi, Ben, thanks for your comments. Think you have to take a good deal of what I write with a grain of salt! LOL