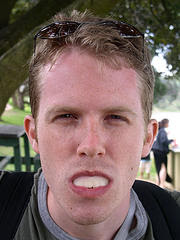 Being retired and living off a pension isn't too bad as long as you don't have any large bills to deal with. Last year, before I retired, both of us had dental bills that chewed up a good deal of the ready money. Since I've retired we haven't had any dental issues, but the car has done its best to bankrupt us!

Going to the dentist in NZ has always been an expensive business, and it's not surprising many people put it off as long as they can. Roll on the day when it becomes a subsidised part of the economy, as medical care is.

In the States you can get a dental plan just as you can get a medical plan. I suppose it's a better option being able to dripfeed your payments to an insurance company rather than having a horrendous bill foisted upon you, but it's still going to cost. I didn't know there were any similar dental insurance plans available in New Zealand, but apparently there are. Seemingly they're not over-popular with the dentists: it requires them to do extra paperwork and, apparently, may bring them in a lesser income. Dear me - that would be awful!

I've had some great dentists over the years, people I've been happy to pay to have work done. I've also had some not-so-great ones: my first dentist was of the old school that thought that taking teeth out was always the best option, even when you were in your teenage years! Crikey. It must have been the trend at that time. I read the sequel to Plumb recently (it's called Meg). In that there's a scene in which the husband goes out (at the suggestion of his mother) and gets all his teeth removed to save himself future dental problems. His young wife is appalled.

Fortunately that awful dentist didn't manage to remove many teeth, but by the time I got to England in the 60s I was having some real problems with my upper set of teeth, and finished up having to go to a friendly Australian dentist who sorted things out. I can't remember if he was the one who removed some of my upper front teeth, but he certainly was the one who put crowns in - at huge expense. I kid you: under the National Health system in England the whole process cost me no more then ten pounds!

Which might explain why the National Health struggles to make ends meet.

The photo of the young man with lolly teeth was taken by Broken Piggy Bank
Posted by Mike Crowl at 4:09 pm