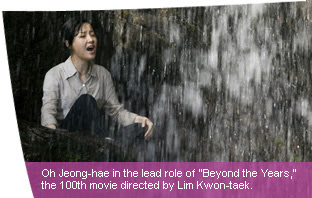 Written while flying at 34,000 feet, on the way to Korea.
Apparently we’ve crossed the Equator and at various times we’ve gone as fast as 900 or more kmph. It’s hard to credit what that actually means, since we feel as though we’re just trolling along at no speed at all, and the only sense of movement is the occasional shaking.
We’ve spent the last hour and a half or more watching a very gloomy Korean movie, Beyond the Years - with subtitles. It was all about an old man who adopted two children - in the loosest sense. One of them, the girl, and the older of the two, he was going to train as a singer. The boy would be a drummer. I presume the style of singing is some classical form as it’s fairly unmelodious to the western ear. Things continually go from bad to worse: just as you think something good is going to happen to one of the characters, it goes rotten for them. The two children - as adults - survive, but virtually no one else does. The guy is never sure whether she’s his sister or not, and there are hints throughout that she’s not. The old man never quite lets on, and then there are hints as well that he’s caused the girl to go blind in order to make her a purer singer. This is regarded as nonsense by some of the other characters but it’s never quite let go of. And the whole thing is told partly in flashback and partly in the present, and it took me a while to cotton onto this: consequently I had no idea who the two characters talking about the whole story were until I finally realised that they were the two boys in the earlier part of the story. Oh well. It doesn’t help that we don’t recognise Korean faces so readily - although the main character had a somewhat Westernised look about him, because his eyes were more Western in shape.
It was all rather romantic, in a doomed sort of way (though at least the two main characters both survived), and very beautifully filmed. Unfortunately it was also the sort of movie that puts people off watching foreign movies!
Posted by Mike Crowl at 8:02 am