Here's a question I don't often ask: what is testosterone? I'm not going to try to even begin to answer that question in any technical sense, since Wikipedia does it infinitely better than I could. I suggest if you really have no idea what testosterone is, start with their article on the subject.

I really only asked the question to get your attention. What I want to talk about concerns a man (so one could say testosterone is involved) but this is a fictional man who appears in a novel called A Spot of Bother, which I've been reading during the rehearsals for the play Shadowlands, which I have a small part in. (Shadowlands also concerns a man, except that he wasn't fictional.) This play goes on in a couple of weeks, starting on Wednesday the 18th May and running through till the following Wednesday. It's about the period in C S Lewis' life when he met and fell in love with Joy Gresham (nee Davidman), an American poet who came to visit him. 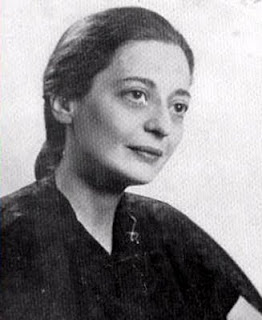 Anyway back to the book. It's by Mark Haddon, who wrote the bestselling, The Curious Incident of the Dog in the Night. A Spot of Bother is about a man who's convinced he's dying of cancer - even though his doctor says the 'growth' on his body is only eczema. This man, George, has retired early, and is going through a nervous breakdown, which causes him to do some exceptionally irrational things during the course of the book. It's also about his wife, who's having an affair with one of George's former work colleagues, his perpetually angry daughter who's about to get married again to a man she doesn't deserve, and his gay son. Surprisingly, perhaps, it's a book full of humour and wit.

There are many themes in the book, but one of the prime ones, which George thinks about a good deal, is dying. [You can read an extract about this on one of my other blogs.] Like so many people, George has managed to go through a great deal of his life without thinking much about death - even the death of a friend on the first page of the book doesn't affect him much -and it's only when he faces his own mortality that he starts to give it serious consideration. Unfortunately, his mind being in the state that it is, serious might not be the best word to use.

Related to this, I came across a poem on the Writer's Almanac site called The Death Deal, by Ron Padgett. Its opening is similar in thought to George's viewpoint early in the novel:

Ever since that moment
when it first occurred
to me that I would die
(like everyone on earth!)
I struggled against
this eventuality...

PS - After having given up on Naipaul's A Bend in the River, I'm now re-reading A House for Mr Biswas, his first major book, and one that I thoroughly enjoyed several years ago. The contrast between the humour in this book and the dour tone in A Bend in the River is striking.
Posted by Mike Crowl at 6:42 pm

Hi Mike, like this blog business! I also read both of those Mark Haddon books that you write about in your blog - great books

Hi Mike, like this blog business! I also read both of those Mark Haddon books that you write about in your blog - great books

Great....haven't you dug into the blog world much before? :)

Yup, Mark Haddon's a great writer...apparently he used to write children's books. Be worth checking them out.