Listen to the Younger Brother 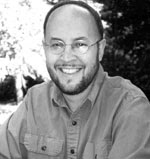 'Many years ago Umberto Eco wrote that the greatness of stems from its shameless deployment of every narrative cliché known to humankind: "Two clichés make us laugh. A hundred clichés move us. For we sense dimly that the clichés are talking among themselves, and celebrating a reunion."'

Alan Jacobs quotes this in a very good article on the subject of the Harry Potter books, called The Youngest Brother’s Tale. The Harry Potter stories have been classed as everything from evil to defaced by heteronormativity, from unliterary and unsophisticated to being penny dreadfuls, from being bourgeois in their concerns to being a bundle of clichés lumped together.

I have a great deal of time for Alan Jacobs. Quite apart from having written an excellent biography of C S Lewis, he’s a stylist par excellence and yet remains essentially readable; and he speaks good sense.

This article on the sequence of seven Harry Potter stories is full of good things. It doesn’t just aim to show the value of the books (which is far more than most critics would allow) it also shows how the morals and virtues that underpin them are the stuff of legends, myths, and great stories from the past.