Some time ago, when the Iraqi war first started, there was a briefly famous blog, called, if I remember rightly, Where is Raed? Now, rather oddly, that phrase became a kind of catch-cry around the Net when Raed himself disappeared for a few days, after having reported on life in the midst of all the bombing and fighting of the first days of the war. (Remember, those were the days when we thought it might be over in a couple of weeks.)

I can remember myself feeling some emotion about the fate of this guy, as did thousands of other bloggers around the world. Well, Raed resurfaced as good as new, and is still going strong. Raed still gives some interesting insights into life in Baghdad, as he always has done.
Which leads me in a very roundabout way to my next point. Boise again. What, that unpronounceable spot? 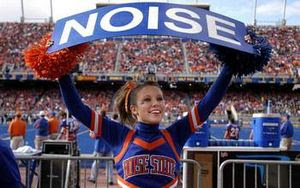 Yup. Boise got in the news recently for a similar reason that Raed did. Well, sort of.
Someone called Chrissy Popadics has found Internet fame not because of who she is so much as because of who she’s affianced to. (Always wanted to use that word!) Her man is the Boise State Union’s star running back Ian Johnson (of the Bronco football team). His team had a stunning win the other day, with the result that Johnson became an Internet star; that is, searches for him rose a mere 1401%. Johnson proposed to the previously unheard of Chrissy Popadics, a cheerleader for the team, at the end of the game, and the rest is history. Chrissy Popadics suddenly became a face and a name across the known world. In fact, she may have outdistanced her fiancé in the search engines. 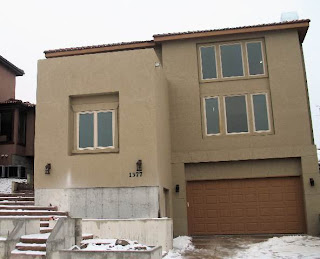 Life in Boise is obviously never dull. In fact it’s so un-dull that people are moving there by the truckload. You wanna buy a house in that unpronounceable place? Better get in quick, because it’s a sellers’ market, and you’ll be lucky to find anything under half a million, so Boise Real Estate tells us. The picture to the side is a half a million dollar (that’s US dollars) house.
Disclosure statement
Posted by Mike Crowl at 4:13 pm