Soaps. You love ‘em or loathe ‘em – and a few of us sit somewhere in the middle, slightly uncomfortable on the fence, avoiding them one day, glancing at them another, and then getting totally involved in an episode – usually against our better judgement because we should be doing ‘something more important.’
It’s pretty scary to think, for instance, that Coronation Street has been running as long as I’ve been working: 46 years. Even scarier to think that William Roache, who plays Ken 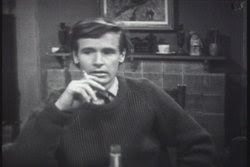 Barlow, has been working in that show, in that one part, for that same amount of time.
Even Shortland Street has been running 14 years. 14 years!
An article on Wikipedia talks about the regurgitating of stereotypes on these shows: as one character is killed off, another character turns up (not always straight away) to replace the now-missing stereotype. It’s perhaps more obvious in Coronation Street, but Shortland Street has its own stereotypes as well.
All these Soap Operas have their own sites, of course, but for the last five months or so a new US site has been up and running called, not surprisingly, soaps.com. It focuses on American soaps, particularly the daytime ones, and gives you just about all the info you’d ever need, from daily updates to news about characters, from comings and goings to spoilers, from weekly polls to a ratings race. There are nearly 100 links on the main page alone.
Don’t check it out when you should be doing ‘something more important.’
The home page is a little oddly laid out: one long column down the left, joining up eventually with another long column down the right. And a lot of it is pink. Hmmm….pink? Does this suggest that only women watch soaps?
Disclosure statement
Posted by Mike Crowl at 2:57 pm