You should pay no attention...

...to those 'famous' writers who claim to be able to tell you how to write, and this includes really famous writers like Hemingway, and Orwell, when they say, constantly, A short word is better than a longer word.

Nope, a short word is not necessarily better than a longer word. The English language has a wealth of both short and long words, but the former are used on a daily basis and become far too familiar to the ear to appear in place of much more interesting ones...in writing. 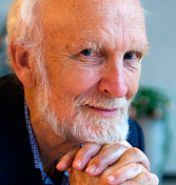 I'm going to give you two examples of perfectly acceptable and reasonably bestselling writers who ignore this silly rule. Firstly Reginald Hill, the writer of oodles of Dalziel (pronounced Dee-L, just to be annoying) and Pascoe crime novels, as well as a bunch of other books. Hill was a great experimenter, and seemed to take no concern that his audience might not find his experimentations as interesting as he did. I've started three or four Hill novels, including D & P ones, and given them up because his particular experiment on those occasions didn't appeal at all.

But when he writes well, he is top quality. One of my favourites in the D & P series is Exit Lines, which I've read in print form, and listened to via an audio version. (The audio version is narrated with marvellously apt tone by Colin Buchanan.) This book is full of wonderful writing, and quite a few extravagant uses of large words.

Hill takes great delight in taking the mickey out of the dour policeman, Wield. For example:
'Back door,' said Wield. 'Glass panel broken. Key in lock. Hand through. Open. Easy.'

Sergeant Wield was in fine telegraphic style.  He also seemed to have been practising not moving his lips, so that the words came out of his slant and ugly face like a ritual chant through a primitive devil-mask.

Wield looked at the new acquisition and raised his eyebrows, producing an effect not unlike the vernal shifting of some Arctic landscape as the sun sets an ice-bound river flowing once more through a waste of snows.

There are some wonderful moments of innuendo:

'Be careful what you say,' objected Headingly. 'He's regarded as a respected member of the community.'
'We've all got things we regard as respected members,' said Pascoe, 'but we're in trouble if we start flashing them around in public.'

But I began this post because of the use of large words. There are two particular occasions in this book when Hill throws in a totally unnecessary large word or two. Unnecessary, but wonderfully effective.

The sudden switch away from Pascoe [by Dalziel] took Headingly by surprise and he choked on his beer. This occasioned a usefully cunctatory bout of coughing, but the therapeutic blow Dalziel administered between his shoulder-blades extended this to the nearer shores of death.

A female voice was raised in a reboant cantillation of obscene abuse.
Cunctatory means prone to delay, reboant means resounding or reverberating loudly, cantillation is a ritual chanting of readings from Scripture, but it's obviously applied beyond that context.

The other writer, Sebastian Faulks, shows his love of language to great effect in his stylistically-near-perfect rendering of 'new' P G Wodehouse story featuring Bertie Wooster, and his inimitable manservant, Jeeves. The book is called Jeeves and the Wedding Bells. Jeeves, the character, has always been known for his love of the perfect word, long or short, especially when he's responding to his seemingly dimwitted master. He's no different in this book.

Early in the book, Bertie asks him:

'Tallish chap, eyes like a hawk?'
'There was a suggestion of the accipitrine, sir.'

Accipitrine: relating to or denoting birds of a family that includes most diurnal birds of prey other than falcons, New World vultures, and the osprey.

On another occasion he tells Bertie: 'One suspects that the path of true love has encountered some anfractuosity.'  This word means having many twists and turns.

So, next time you read some 'famous' writer telling you to avoid long words, tell him or her to pull their head in.

Posted by Mike Crowl at 4:39 pm No comments: