An updated version of an interview that first appeared on Awesome Gang...
Tell us about yourself and how many books you have written.I’m a writer, composer and pianist, as well as being a father of five and grandfather of twelve (with a thirteenth due later this year). Though born in Melbourne, Australia, I’ve lived in Dunedin, New Zealand, most of my life.I’ve written for as long as I can remember, but only really began to be serious about it in the early 90s, when I took a course that encouraged me to write articles for magazines and newspapers. As a result I had a number of articles published, went on to write a column for a local newspaper for five years, and have been blogging incessantly ever since.I’ve written three children’s fantasies (for Middle Grade readers) and a nonfiction book based on blog posts I wrote when I was struggling with prostate issues back in 2009.
What is the name of your latest book and what inspired it?The latest book one to be published is The Disenchanted Wizard, and it was intended to be the third book in a series of children’s fantasies under the general title of Grimhilderness. In fact it's turned out to be a standalone, with little connection to the previous two books. I'm currently writing a fourth children's fantasy, which is actually going to be number three in the series.In 2012 I co-wrote the script of a musical called Grimhilda!, and composed the music. Young audience members who attended the show asked: When is the sequel coming out?So I turned Grimhilda! into a book, and then that was followed by another…and then another.The original story of Grimhilda had begun way back in the 70s. So it was an idea with a long gestation!
Do you have any unusual writing habits?Not a single one that I can think of!
What authors, or books have influenced you?Among many other things, I’ve always been interested in fantasies. I read the Narnia stories way back, and Tolkien, of course (though I found when I read it again a few years ago that it was pretty hard going!) Diana Wynne-Jones’ stories intrigue me: her imagination is huge. I like stories that start out in the ordinary and take off into fantasy, and that’s what my books do. I’ve recently discovered Nate Wilson’s books. He has more imagination than he knows what to do with, I think!
What are you working on now?As I mentioned above, I’m working on another book in the Grimhilderness series. It's taking some time to complete, as writing is only one of the things I do. I've spent a lot of time working out the plot, writing endless notes and early drafts. I have to get to know the characters and elements of the plot before I can sit down to produce a final draft. It involves a lot of writing, but it’s worth it. Even if I don’t think so at the time (!)
What is your best method or website when it comes to promoting your books?This has been a process of discovery; I’m finding there are all sorts of sites and options that weren’t available when I started writing.
Most successfully, over the last several months, I've been advertising on Amazon Marketing Services. This has produced more sales than I've had any other way.
I also use Twitter a lot, am involved in a very helpful Facebook Indie publishers page and two groups run by Brian Meeks - who focuses on the AMS ads.
Do you have any advice for new authors?Don’t be satisfied with the first thing you write. Be willing to be critiqued to within an inch of your life. You’ll hate it, but it’s good for you in the long run. I’ve read a number of books since the big ebook revolution and some of them are desperately in need of a firm hand, but plainly haven’t had it. Let someone else in on the book, otherwise – unless you’re a genius – you won’t be putting out your best work.And keep on writing…
What is the best advice you have ever heard?You can cut any piece of writing in half without losing what’s best about it. Most of us write too much.
What are you reading now?Just finished reading The Experiment of Professor Polgas by Sarah Brownlee. Another very imaginative writer. She produces several big scenes in her book and has some strong characters.
What’s next for you as a writer?Amongst all the other bits and pieces, I’m now close to writing a proper first draft of the new Grimhilderness book. But that will be fitted in with playing for the rehearsals of a production of The Mikado, and for young singers in Competitions next month...and so on.
If you were going to be stranded on a desert island and allowed to take 3 or 4 books with you what books would you bring?The Bible, because it’s a book that’s not only taught me about the Christian faith, but its words have got me through some dark nights. I’ve memorized a number of passages in it, so even if I lost it, I guess I’d still have some of it in my head. I’d take one of Dickens’ best books, such as Pickwick Papers, or Great Expectations. One of the books by Dale Ralph Davis. He’s one of the most accessible commentators on the Christian faith that I know. And perhaps The Last Battle by C S Lewis. Even though it takes a bit of time to get going, it has the greatest ending of any of the Narnia stories.
Author Websites and ProfilesMike Crowl WebsiteMike Crowl Amazon ProfileMike Crowl Author Profile on Smashwords
Mike Crowl’s Social Media LinksGoodreads ProfileFacebook ProfileTwitter Account
Posted by Mike Crowl at 1:23 pm No comments:

The last couple of months...

I've been spending what writing time I have on my fourth children's fantasy, so blogging has gone a bit on the back-burner.

The biggest difficulty with this latest book is not only that I'm doing it on my own without the help of my usual co-writer, but that for ages there was a big hole (and I'm talking ginormous) where there should have been the bulk of the story.

The First Act, as you might call it, was mostly fine. In fact it was fine through versions 1, 2 and 3 each of which took a different tack, with a different main character as the focus.

But the Second Act? So so. And the Third? Practically non-existent, except that I had a minuscule idea about how it would finish. Probably.

Because structure is always a bugbear for me, I have to work really hard at it, and I have a brain that says, Nah, let's just give up on that for today, when I've only just sat down to write.

So what made the difference? 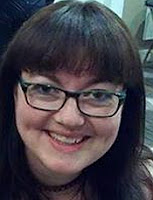 I enlisted some help. First I went back to a book written by Libbie Hawker - Take Off Your Pants! - which I'd read before and hadn't felt was quite as helpful as I'd hoped. However, I persisted with it this time, since it's primarily about structuring, and made some real progress.

Hawker doesn't work to a three act structure particularly; it took me a while to realise that she's focusing on character arc as her main structural approach. Nevertheless it proved useful, because it made me focus on where my main character was going to go as she journeyed through the book.

Then I turned to an old favourite: Blake Snyder's Save the Cat, with its fifteen 'beats' that point out the way in which many movies (and a number of novels) are structured to give the viewer/reader the greatest satisfaction.

Snyder is more of a three act structure man, which is fine. I needed that in conjunction with Hawker's character arc approach.

Both these books helped enormously this time round - aided by the fact that I was determined I wasn't going to be beat.

But I need to say that neither of them quite mention the fact that you really have to know quite a lot about your story before you try to work out things like character arcs and fifteen beats.

In spite of the way it reads in the books, you can't actually start out by sitting down and just doing a synopsis. At least I can't. I have to have piles of stuff written in order to know who the characters are, and in order to figure out at least something of what the story is actually about.

Consequently I now have a large bunch of separate files: various incomplete drafts, piles and piles of notes (to the point that no matter how hard I try I can't quite get them in any sort of order) and all sorts of notes on top of notes. What this process does is give me ideas enough to move forward on a synopsis. It stops me from believing that what I've written first time round is going to be enough, and that I need to keep digging deeper and deeper and asking Why until I'm blue in the face.

And then came Janice Hardy...

I pulled together the Hawker and Snyder synopses (such as they were, still incomplete). And then discovered a third book which I hadn't read before: Janice Hardy's Plotting Your Novel [also published as Planning Your Novel].

Hardy provides us with a series of workshops, taking you right back to the beginning, the place where I'd been months before when I was writing drafts and notes galore. You can skip some of the workshops, or you can - as I did - force yourself to answer the questions she provides, and see if there are other things that you should consider. (If it sounds like hard work, it is, but it was also satisfying because of the sense of progress.)

So now I had three 'assistants' on the case, and in spite of my brain threatening overload, I also had an increased sense of where the story was going. And wonder of wonders, as I pulled the various synopses together, I began to see that big hole that had been such a bugbear filling up at last with real content.

The job isn't finished yet. But I now have a real sense that completing a decent synopsis is possible. And once that's on the page, the real - and enjoyable - part of the writing can begin.