This item first appeared on my old WorkReport.blog back in 2011. Unfortunately, like everything else on that blog, it was deleted summarily by the company who ran it. I've included it here because it's linked to from another blog.

Anglian Worms is a small business run mostly by Amanda Jennings on an industrial estate some eight miles past Fakenham in Norfolk.The business works out of a couple of former Nissan huts.

Amanda’s been running the business for around 18 months, and is only now beginning to make some profit out of it. She has a farming background, and says farmers in general are helpful to one another when it comes to problems and difficulties. Worm farmers, though, are keen on keeping their secrets.

The first ‘hut’ has an office, small worm plastic boxes, larger wooden-encased sections, and a lot of horse manure. Plastic sheeting heats up the manure and cooks it, making the process of breaking it down a good deal quicker.

In the second hut there are some twenty large boxes set on the concrete floor. They were built by her husband (who’s a farmer) and are around three metres by two. A few thousand worms live in each of these - and multiply.

Like any business, the biggest issues come with the marketing. (Though the physical work involved in worm farming is considerable too). Worms can be sold to fishermen - via fishing shops - to home gardeners, and in some other areas. However, getting a foothold in these areas is a major task, one that’s still taking up a good deal of Amanda’s time. With the increase of interest in things ecological, however, she seems to be in the right business.

Worms don’t need much looking after: watering when it’s warm, and feeding. In Anglian Worms case the food comes from a combination of the horse manure and peat. The heavy work is in turning the horse manure, filling up the boxes, and packing.  Hardest of all is sorting out worms from the peat/manure mix.   This is done by hand, one or two worms at a time.

Having the large box containers on the ground brings problems in terms of needing to bend over and reach down to get the worms. If she was starting again, Amanda says she’d make her worms more accessible. 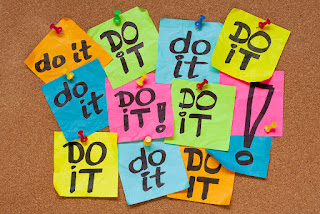 I'm typing up an old handwritten journal from 2005 at the moment and just came across a section that struck a real chord. It says:

“I could probably get on and do some more of the novel, but it’s near ten, and I don’t know if I want to get onto it tonight. Apart from that, it’s not warm in here, and I’m in the middle of a bit I’m not enjoying much…although at least I’m writing it. I went back and began the sequence I’d missed out earlier because I couldn’t work out how to do it. It wasn’t nearly so hard as I thought. In fact, it’s never the writing that’s hard, it’s the getting started, and yes, I know I should write at least five minutes if nothing else, but five minutes is never enough to get into it.”

Note all the excuses: too late in the evening, not warm in the room, writing a section I’m not enjoying writing, five minutes isn't long enough to get started.

On the other hand, note that I was still writing the bit I wasn't enjoying - when I wasn't procrastinating. Furthermore I'd gone back to a section I’d missed out before, discovering I’d worked out how to do it in the meantime. (I think I'm talking about two different sections here in the journal, but I might not be.)

Perhaps seemingly least, but not necessarily: It’s better to write for five minutes than for no minutes.

Procrastination is my biggest problem. One excuse I didn't use here is: 'I don't know if it's worth carrying on with this book because I've had so many problems with it.' But problems are part and parcel of putting a story together, especially if there's anything complex in the plotting. I've had immense problems with the latest children's story I've been writing for what now seems like years. And have solved most of them eventually. No doubt, since I'm probably only halfway through it, there will be more problems to come.

Anywho, I'm impressed with my younger journal self; I was 60 at the time. I was prepared to keep on writing through a section I wasn't enjoying. Not that this meant it wasn't a good piece to work on, but that it was hard to write.

And it's also encouraging to see that I'd sensibly had left a section aside when I couldn't sort out how to do it - this required guts on my part because I don't like leaving (writing) things undone. even now. But better still, the problem with the section, whatever it was, actually got solved by the fact of leaving it aside.

Lastly: it's better to write for five minutes than not write at all. Why, do you ask? I'm sure you already know the answer, but I'll jot it down anyway, as a reminder to myself as much as anything else. It's better to write for five minutes, because once we've got into that five minutes, we usually carry on writing, and not only does more get done than we anticipated, we remember how much we enjoy the sheer fact of writing...

Posted by Mike Crowl at 3:45 pm No comments: