For some time now I've been typing up old handwritten notebooks onto the computer so that I can have a digital record of them, and clear out some more stuff from the house. These were mostly notes about my ongoing work of being a disciple of Jesus Christ, a process that not only doesn't happen as soon as you become a believer but goes on until the day you die - and maybe into eternity. Who knows?

Recently, as a result of reading an email from Dave Chesson at Kindlepreneur, I decided to save my hands a little and try and dictate the handwritten notes into the computer. I had two options: Windows Speech Recognition, which came with my computer, or Voice Typing in Google Docs.

The Windows version produced text that was barely recognizable as what I'd dictated, and I gave up on that fairly quickly. Google does a much better job, and I'd say it gets more than 95% of the text right first time. It's the other 5% that's a bit of an issue. 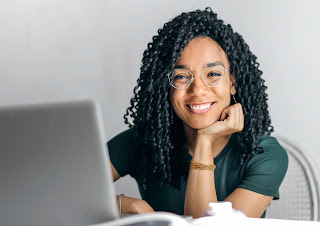 You know when you ask your phone to find something on Google, it will usually only get anything complicated right if you speak clearly, and perhaps a little slower than normal. The same applies here: go too fast, and you'll wind up with some interesting results. This means that you'll have to tidy up the text before you can copy and paste it to Word. It's still faster than typing it, but there are certain peculiarities that I can't seem to conquer. Here's are some of them.

When I say the word, Psalm, all sorts of words appear: song, some, sound, Somme (as in the battlefield). So far Google and I can't get an agreement on this one.

It thinks my wife Celia is actually Siri. Which seems strange, since this isn't an Apple computer. When I say the word, Dad, which I often do, since I address quite a few of the entries in these notebooks to my Heavenly Father, it often appears as Dead.

Some of the quirks might be the result of my accent, a New Zealand one. I don't have a strong NZ accent, and I've lived in England and so acquired a cleaner English sound at one point, but Google always thinks I'm saying and when I say in, and vice versa: in for and. It also has a tendency to catch the word yet as it. Plainly my improved NZ accent isn't improved enough.

Not all the errors are misinterpretations of what I'm saying. It likes to capitalize random words. I couldn't figure out why, but I wondered if it picked up certain phrases as being the names of songs, and so capitalized them as though I was mentioning the song in the middle of my sentence. While it's good at making sense of some grammatical issues, it's not so good at making sense of things it just plain doesn't understand.

It's also is a bit hazy about capitals at the beginning of sentences. These often go missing for no good reason.

Punctuation is a bit of a problem too. Full stops and commas, in general, are okay. Saying new line will create a new paragraph. Even semi-colon works more often than not. But colon usually appears in the text as Colin, or something similar, while the programme can have off days with comma, turning it into all manner of things: gonna, comedy, colour! I've given up trying to introduce brackets; sometimes the closing bracket will work, but not the opening one. And as far as I can tell, there's no way to tell it to put quote marks around dialogue, which means it would be a bit painful writing a novel in this way.

It likes to introduce numbers into the text. So far the word too has never appeared (though to makes it). Too is always rendered as 2. Sometimes for appears as 4.

As you can see, there's always a bit of cleaning up to do after it's typed out your dictation. Still, this is easier than typing up old notebooks of hastily-written paragraphs.

But if the errors are frustrating, they can also be inventive, and sometimes hilarious.

Womb for room was a bit of a surprise, but definitely quirky were: dressed tickly for drastically, and metre fur for metaphor.

Posted by Mike Crowl at 4:21 pm No comments: