More from John Jerome's book, Stone Work, on the subject of proprioception. Page 148 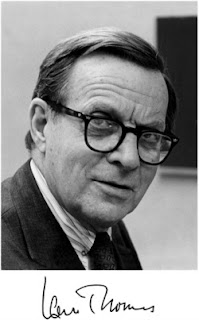 Wading on through fallen leaves, I make one more small mental obeisance to proprioception, to the entire sensory universe that gives me a self to take out for walks like this. My head tells me this is true – that the sense are where the self comes from – but it is a touch too psychological, and therefore fuzzy, for my tastes. I’m more comfortable with the harder edges of physiology and physics. Ah, that’s it: proprioception is where physics and physiology come together. That must be why it fascinates me so. It’s the tool that helps you get the physics right, the means by which you get the pleasure out of physics. It is the internal rigging that locates the body in time and space, the three-dimensional internal map of the body that redraws itself, realigns itself, with every move you make.
I’ve been thinking and writing about proprioception for ten years now, in one forum or another, and keep failing to get its wonders adequately set down, the impossible riches brought to us in those mysterious moments when information turns into experience. Can’t find a way to say it hard enough, can’t sing that clear, clean line.

My frustration reminds me of Lewis Thomas’s essay ‘On Embryology’ in The Medusa and the Snail. He is speaking of the process that at some point switches on a single cell and allows it to grow into the brain. ‘No one has the ghost of an idea how this works,’ he says, ‘and nothing else in life can ever be so puzzling. If anyone does succeed in explaining it, within my lifetime, I will charter a skywriting airplane, maybe a whole fleet of them, and send them aloft to write one great exclamation point after another, around the whole sky, until all my money runs out.’

Posted by Mike Crowl at 7:59 pm No comments: 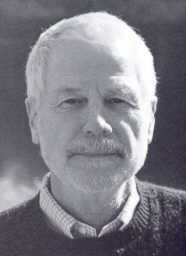 Some time ago I read Thomas Hardy, the Time-Worn Man, by Claire Tomalin. Not the most cheerful or pleasant character, but interesting, and the book is notable for Tomalin's often ironic comments. These are some extracts that I noted at the time. The page numbers refer to the Large Print edition and the sections in italics are my comments.

Page 100:
Poor Hardy, suffering pangs of guilt for even thinking of imitating great writers. He needed someone to tell him it is what writers have always done, teaching themselves by imitating what they most admire. [Hardy had used shorthand to hide his suggestions to himself about imitating particular phrases he enjoyed from the works of various poets.] 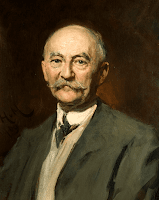 Page 107 - [Horace Moule (the black sheep of the Moule family, depressed and often alcoholic) wrote to Hardy]
...he sent Hardy some good advice on writing: 'the grand object of all in learning to write well is to gain or generate something to say.' [Italics in original]
page 180 - [Minny Thackeray (the author's daughter) married to Leslie Stephen, the editor of the Cornhill, comments after a small dinner party, about Hardy.]
'The evening was a wild chaos. I tried to drown my cares in drink but it only affected my feet and not my head. Mr Hardy is a very damp young man and dampness I abominate.' No doubt Hardy was nervous and trying too hard, faced with a daughter of the great Thackeray. Her remark was snobbish: a gentleman is not damp.
page 210 - [Leslie Stephen writing to Hardy, who'd asked his advice on critical reading]:
...'if you mean seriously to ask me what critical books I recommend, I can only say that I recommend none. I think as a critic that the less authors read of criticism the better. You, e.g., have a perfectly fresh and original vein, and I think that the less you bother yourself about critical canons the less chance there is of your becoming self-conscious and cramped. I should therefore advise the great writers - Shakespeare, Goethe, Scott, etc, etc, who give ideas and don't prescribe rules.'
page 228 - [Thomas and Emma finally visit his family.]
Six adult Hardys and Emma in the cottage meant it was crowded, and you can imagine the men going out to look at the garden together to get away from the women's tongues.
Page 429 - [after one of Hardy's later poetry books was published to little acclaim (the First World War didn't help)]:
In January 1915 Virginia Woolf sent a letter thanking him for the sonnet on her father Leslie Stephen included in the collection, going on to say that she considered it to be 'the most remarkable book to appear in my lifetime.'  Her singularly enthusiastic tribute has to be put in context: a few days after writing she was overtaken by an acute mental breakdown and became incoherent.
Posted by Mike Crowl at 5:38 pm No comments: