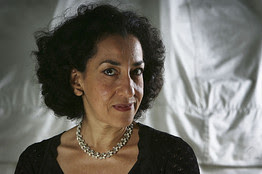 The other day I wrote about a couple of books, Small Island, and, A Bend in the River. I've now finished Small Island, but in spite of persevering with the other book, I think I'm going to move on and leave it unfinished. It's so gloomy and dour, has absolutely no humour whatsoever (not that that's a particular requirement for a novel with me) and is obviously going to go increasingly downhill. At the moment I don't really need another book in that vein, so it's going into the 'sadly, regrettably unfinished' status. I understand it has a certain status as a book, but life's too short to finish books that I'm not enjoying.

Small Island, (which, curiously enough, is much more like the only other book by Naipaul that I've read - A House for Mr Biswas) was a joy to read. Even though it seemed for a long time not to have an end in sight, the progression towards the end was always there, and when the end does come it manages to be both deeply serious and humorous and warm and wondrous all at the same time.

When I commented on the book the other day I hadn't got to the point where the fourth main character, Bernard, had really come into his own. We have a quite long stretch of story from his point of view telling us why he's been 'missing' for so long, (he doesn't get home from the War until it's been over for two years) and we see him not just as the dull and pedantic little man who first appeared earlier in the story. He still remains an uptight character, bigoted, and fairly unflexible, but by the time the story ends we've developed a lot more sympathy for him than would have been expected early on.

Not only this but the story rounds on itself in a surprisingly satisfactory way - a fifth character who appears only occasionally but is vital to the story is the cause of what happens in the climax (I'm not going to give the details, since you need to read and enjoy this book for yourself).

You can read this book as an anti-racist story - and it is, although it's never as simple as that. You can read it as a love story, and it's certainly that, in more ways than one. You can read it as a history of a particular time, and it's full of fascinating detail about the people who went through this particular part of the War. You could see it as a grim diatribe on the sinfulness of man - and woman. There's that in it too, but the grimness is constantly lightened by Levy's humour which undercuts the gloom and highlights the resilience and quirkiness of human nature.
Posted by Mike Crowl at 10:06 am