Where do you get the inspiration for your stories? As a reader, what sort of story would you like to see put into a novel?

THE MASTER AND THE MAID 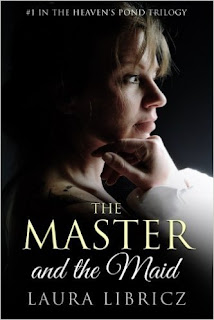 She’s lost her work, her home and her freedom. Now, harboring a mysterious newborn, she could lose her life.

In 17th Century Germany on the brink of the Thirty Years War, 24-year-old Katarina is traded to the patrician Sebald Tucher by her fiancé Willi Prutt in order to pay his debts. En route to her forced relocation to the Tucher country estate, Katarina is met by a crazed archer, Hans-Wolfgang, carrying a baby under his cloak. He tells her an incredible story of how his beloved was executed by a Jesuit priest for witchcraft right after the birth and makes Katarina—at sword point—swear on her life to protect the child. But protecting the child puts Katarina at risk. She could fall in disfavour with her master. She could be hunted by the zealots who killed his beloved. She could be executed for witchcraft herself. Can Katarina's love for the baby and Sebald Tucher's desire for her keep the wrath of the zealots at bay?

Set in Franconia, The Master and the Maid is an accurate, authentic account of a young woman's life in Germany in the 1600's, her struggle for freedom and her fight for those she loves.

Laura Libricz was born and raised in Bethlehem PA and moved to Upstate New York when she was 22. After working a few years building Steinberger guitars, she received a scholarship to go to college. She tried to ‘do the right thing’ and study something useful, but spent all her time reading German literature.

She earned a BA in German at The College of New Paltz, NY in 1991 and moved to Germany, where she resides today. When she isn’t writing, she can be found sifting through city archives, picking through castle ruins or aiding the steady flood of musical instruments into the world market.

Her first novel, The Master and the Maid, is the first book of the Heaven's Pond Trilogy. The Soldier’s Return and Ash and Rubble are the second and third books in the series.