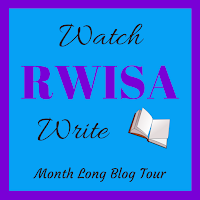 Continuing a month-long focus on authors from RWISA:
the Rave Writers International Society of Authors.
Throughout August we'll be showing extracts from the work of these authors.
For more information about any particular writer click the link under their photo.


A teacher in the making.

Thank you for supporting this member along the WATCH "RWISA" WRITE Showcase Tour today!  We ask that if you have enjoyed this member's writing, to please visit their Author Page on the RWISA site, where you can find more of their writing, along with their contact and social media links, if they've turned you into a fan. We ask that you also check out their books in the RWISA or RRBC catalogs. Thanks, again for your support and we hope that you will follow each member along this amazing tour of talent. Don't forget to click the link under the author's photo to learn more about him.
Posted by Mike Crowl at 11:55 am