One old, one relatively new

Watched The Music Man yesterday for the first time since it came out in the early sixties. I have an impression in my head that I didn’t much enjoy it at the time, but I was a teenager then, so that might explain it.
After nearly fifty years it stands up very well. It’s not the greatest story, but it has a very solid great character in Professor Harold Hill, and the songs he sings in particular are very well constructed. The film is fairly stagey – maybe not surprising since Morton DaCosta directed the original Broadway version as well – but this doesn’t actually detract from it. The thing needs room to breathe and between the wide wide screen and the spacious sets, there’s plenty of room. Even the library scene, which at first looks cramped, manages to have room enough for a nifty lot of dancing.
And the dancing is always given full visibility. None of your quick cutting stuff. Here you can see the dancers dancing. There are cuts, but they fit to the beat and the steps rather than cutting across them. And do they dance: even Robert Preston and Shirley Jones do some pretty quick capering in the Shipoopi, though neither of them were dancers – nor was Buddy Hackett, but he still gets a few nifty steps in. Apparently each dance sequence was given three weeks full rehearsal (the whole period of filming was nine months), and the quality of work shows. 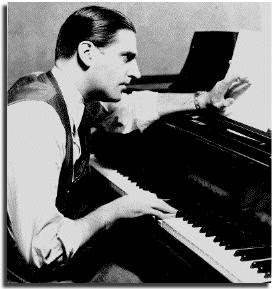 Meredith Willson will probably be remembered for little besides this musical, which was certainly his masterpiece. But he wrote a bunch of other more serious works, including symphonies. His skill as a composer with more breadth than your average musical composer shows: he writes gentle love songs, but also the incredibly complex Hill set pieces (Trouble in River City, to name but one); there are barbershop quartets by the handful, and a bunch of zany things like the duet over a piano lesson, the gossip song, Pick a Little, Talk a Little (which goes at a rate of knots) and the opening number sung by the salesmen on the train that fits neatly to the rhythms of the steam engine.
I think what strikes you about the movie is the sheer energy of it all. Preston is supreme in this, but no one else falls flat. Even young Ron Howard is fully present.
The cast has two wonderful comics in it: Paul Ford and Hermione Gingold. Both use their lines with such elegance and force, and make such fun of the malapropisms and misunderstandings, that they almost carry the film away whenever they appear. Ford was the ill-benighted suitor Horace Vandergelder in The Matchmaker, from which Hello, Dolly was eventually formed. His role is similar here, but that’s probably because he makes it so much his own.
Sadly, the brilliant dancer, Timmy Everett, who was only 23 when he appeared in this movie, and who doesn’t seem to have danced in anything else, died only 16 years after the film was made.

I’ve now watched The Incredibles several times since it was shown on TV a couple of weeks ago, as my young grandson has taken a liking to it, and he lives here with us. I don’t remember enjoying it particularly at the movies either, which is very odd, as it’s well-constructed, has a superlative sense of humour, and is aimed at adults as much as kids. I know my brother-in-law went to sleep during it. But then he went to sleep during the third Bourne movie as well, something that must be quite an achievement.
The vocal casting is great: Holly Hunter adds a kind of oddball lisp to her lines; Craig T Nelson – one of those actors you recognise when you see him, but whose name you never seem to know – does a wonderful Mr Incredible (aided enormously by the visual character), and Brad Bird himself plays the wonderfully crazy designer, Edna ‘E’ Mode. Samuel L Jackson turns up skinny, which is rather fun, and the sultry-voiced Mirage is played by 44-year-old Elizabeth Peña, another actress whose name means nothing to me, but who’s always visible in something or other.
The visuals are great, from the design of the ‘sets’ to the look of the characters, including the many smaller parts. The policemen all have a slightly cross-eyed look, and the guards on the island (whose relatives are the clones in Star Wars) have cheesy good-looking but somewhat uninformed countenances. Some characters are extreme caricatures, particularly the nasty little boss, (played by Wallace Shawn and here even smaller than he usually is), and the permanently-boyish baddie, Buddy Pine, played by Jason Lee.
Great fun all round.
Posted by Mike Crowl at 8:31 pm

The Incredibles is an absolutely superb children's movie. Enjoyable, funny, and an excellent theme. It is antagonistic to the politically correct environment as well as the corrupt; it promotes the importance of family, even in families that struggle; it demonises evil; and there are consequences to life decisions made.

In fact, I can't think of any negatives.

I pretty much agree with everything you've said. I enjoy the movie every time I see it.