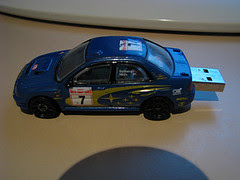 Last year my two colleagues came back from the major biennial meeting of the Presbyterian Church each with promotional flash drive - and one spare, which was handed onto me. Apart from the promotional factor (some advertising that would appear at the beginning if you weren't quick enough to forestall it) it was the best flash drive I'd had up to that point. The advertising, which consisted of a short video, didn't seem to take up any 'space' on the disk, so obviously the drive area was separate to this. In other words, it wasn't just four gig of memory (or whatever the 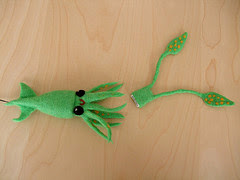 space was) but that and more. Not only was there plenty of space but it worked like a dream.

Until I put it through the washing machine. Well, that didn't actually stop it working, but the suspicion was that the water must have damaged it in some way, and eventually the data on it would get corrupted. I've been loathe to throw it away - in fact, I'm going to check it some time soon just to see if it still functions (it's now a few months since it went through the wash).


The photos of unusual flash drives are from Flickr.com - the homemade Subaru is by Rebecca and Bernhard and the green frog by Scott Beale (aka Laughing Squid - appropriately!)
Posted by Mike Crowl at 9:54 pm