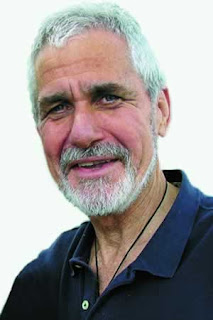 I've written more than once about people who are multi-talented (Taika Waititi, for example, or Anthony Hopkins or Isaac Mizrahi). Today I was looking up something on the NZ Baptist website, and read the profile of its current National Leader, Rodney Mccann. When I first saw the name, I thought it rang a bell. It should have. Not only is he leading the Baptists in New Zealand (if anyone can), but he's famous as an opera singer. Not famous as someone who's been an opera singer, but someone who still is an opera singer.

I've come across opera singers who've given up their careers when they've gone into some other calling in life, but Mccann seems to have managed to be both a high-profile leader and singer simultaneously.

That makes it sound as if he gave up his singing at that point, but the next paragraph shows that this was anything but the case: From 1990 he has performed regularly in Australia and New Zealand with all the major Orchestras and Opera Companies and has been involved in various recordings including Missa Solemnis – Beethoven (Sydney Symphony Orchestra – MacKerras), Verdi Requiem (Opera New Zealand) and most recently Journey to Horseshoe Bend – Schultz (Sydney Symphony).