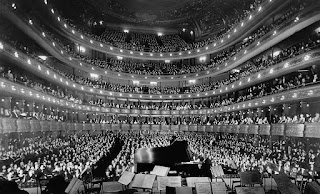 It's annoyed me for years that the Arts in our newspapers get such short shrift compared to Sport. Oh, yes, we have two pages (on the same day, Thursday) each week, given over to the Arts. But wait, Sport not only gets a minimum of three or four pages per day, but a complete and separate section of its own on a Friday.

Reviews of concerts and theatre events each get a minimum number of words (300) and even some of those may be cut at the sub-editor's discretion, if they get a review at all. And sometimes the reviews are so late that they're no use to someone making up their mind whether to go to a show or not. The Taieri Musical Theatre production of Grease which took place last week from Thursday to Saturday, with four performance in all, got a review, but it didn't appear until Monday this week, after the show had closed. This isn't unusual.

So I was immensely pleased to see someone else commenting on this issue in today's paper.

The ODT (7.7.16) reported in just 87 words the outstanding clean sweep by the New Zealand Youth choir at a recent international competition in Pardubice, Czech Republic. The choir won all four categories and the Grand Prix.
Imagine if this [had] been given an All Blacks’ victory treatment. Front page, with a picture, it would have included: every piece of music the choirs sang, how many points were awarded in each category, the judges’ comments, which choir members had sore throats or mild colds, biographical details of “new caps” in the choir and performance statistics for those who had been in the choir before, comments on their training and preparation, and reactions to the win from singing teachers and choral experts. The conductor would be a household name.
Dreaming, I know, as apparently we are far more interested in reading 500 words on the naming of the Russian Olympic athletic team.