Blame it on Ennui

This blog has been puzzling over why it's been pretty much ignored for some while...months, even. I'm not sure of the answer, except to say that on the whole blogging seems to have taken a back seat to...well, I'm not sure what.

This week I can account for: my wife wound up in the Emergency Dept of the hospital last Sunday with what turned out to be pneumonia (or 'pewmonia' as Mrs Map, in my book Grimhilda!, preferred to call it*). So she's been up and down, and more under the weather than on top of it for the last several days. And I had a bit of a funny health issue this week that reminded me of another of my books, Diary of a Prostate Wimp. Thankfully it turned out to be nothing serious, as far as I can tell. (This post isn't intended to be a plug for my books, by the way, although they are going at discount prices this month at Smashwords!) 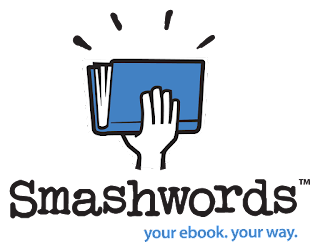 So maybe I'm just over the blog thing. Maybe I'm writing too much elsewhere (I'm not sure where). Maybe I tend to mention things of interest on Twitter or Facebook and so they don't get mentioned here, as they would have done in the past.

Or maybe it's ennui. If all else fails, blame Ennui: he's got spine, he's got backbone, he can cope.

After that lengthy non-introduction, here's a slightly more positive note. There are three large sections to the book I'm currently writing: The Disenchanted Wizard. Finally, finally, I think the first and section sections are pretty much intact, give or take the occasional last minute tweaks. The third section, which I'm about to start to do more rewriting on, is structurally sound, and many things that are in it now will probably make it into the final book, in some form or other. So that's good news. This book has taken longer to write by about a year and a half than I expected. I always knew it would be a bit of a difficult fellow, but it's long since outlived my expectations on that score.

But I think once it's finished it will have been worth the wait. Time will tell...

*Thanks to the inventiveness of the original actress who played her in the stage version.
Posted by Mike Crowl at 3:28 pm