It pays for Christian booksellers to have a couple of side talents: being able to pick winners at the races, for one, and being able to juggle.

They have to have a nose for up-and-coming winners, or, as they’re called in the trade: the ‘latest trends.’ In my decade or so of being a Christian bookseller, I’ve seen several trends push to the top of the pile, including a Feminist trend, a Spirituality trend, a Spiritual Warfare trend, and, perhaps most famously, a Celtic Christianity trend.

I remember when you could put the word Celtic in front of anything, and people would lap it up. Celtic Christmas music? Yep, there are still a couple of those albums on our shelves. But what about, How to Celebrate a Celtic Ascension, or the Celtic Book of Herbs and Garnishes, or Bible Stories for Little Celtic Ears?

Now the latest trend is Postmodernism: Postmodern Evangelism, Postmodern Preaching, and how to find the real gospel in The Simpsons, Harry Potter and The Matrix. Alternative Worship is only a neck behind. Hmm, I see that the slow starter, Islam, is coming up fiercely on the outside.

Booksellers juggling in their shops might keep the punters amused for a time, but I really mean it to represent juggling our customers’ broad-ranging requirements. 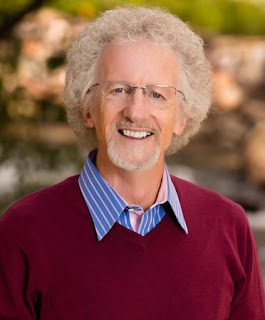 Evangelicals like to see Philip Yancey’s mop of curls displayed foremost in the window, with John
Piper and John MacArthur - in solid dark suits - holding up his arms on either side. Liberals demand that John Shelby Spong get pride of place, even if he did borrow Luther’s famous catch phrase for his latest novel (sorry, biography).

The feminists will want to know why Rosemary Radford Ruether and Elizabeth Schussler Fiorenza haven’t got the window to themselves, while the End Times patriots will be sure the Last Days have come if you haven’t got all of the Left Behind series on a massive display-stand just inside the door, and additional copies in precarious stacks on the counter.  (Having feminists in the window may also give them cause for concern.)

HillSongs will be blaring from speakers at one end of the shop while Taize sings demurely (and occasionally out of tune) at the other.

Woe betide if you’re a new Christian, or worse, a Seeker. The overwhelming range of material catering for every species of Christian - except those who don’t yet know anything - is likely to send them back to Whitcoulls for a no-frills no-pictures NIV.

No doubt Christian Booksellers throughout history have always had to deal with a broad range of tastes: “Got the latest Manichean in yet, mate? I’ve done me dash with those Gnostic novels.”