The joys of cellphones 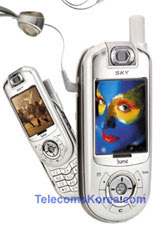 There was a time when I wouldn’t have bothered with a cellphone. I’ve probably mentioned this before, in fact. My wife seems to be forever buying herself a new one, on the other hand, and I don’t know how many she’s gone through since the craze started. There was the one she dropped in the toilet, for instance, plus the others that just decided to die on her. Cellphones don’t seem blessed with longevity, to my way of thinking. I suspect they have an inbuilt use-by-date, so that the companies can sell you the next and most exciting kind. The last one my wife had took photos, and she was forever snapping something or other – until it died. To her considerable distress, I must add, since she was forced to downgrade, due to lack of finances, and be content – if that was the word for the occasion! – with the same cheap model as mine. At least now we can help each other out if something mysterious occurs; and that too, seems a feature of cellphones. You can work your way through the booklet until you’re blue in the face, but some unknown facet of the phone’s capability will suddenly come to the fore and do something you didn’t expect: like turn the sound off, for instance.
We’ve nearly always used the pre-paid approach - although not every other member of the family has, sometimes to their joy and sometimes to their distress. I’m yet to be convinced that there’s any better way, and I see that a site called Wirefly recommends the prepaid phonetoo, for good reasons. They encourage us on their site to buy as you go, which I assume is similar to the system available here: you pay some money down, and then use it up. (Usually it’s a minimum of twenty dollars, but every so often the company gets generous and gives you a free top-up.) the credit card approach to having a cellphone, where you are charged after the event, seems fraught with peril to me, particularly since cellphone companies here are forever encouraging you to text until your thumbs fall off. Personally I don’t always find the thumb the best digit to tackle the tiny keys on a cellphone with: my are too stubby, for some reason. And if cellphones get any smaller, not even my little finger will be of use!
I've just discovered there are such things as self-sterilising cellphones. There's one Korean phone that attacks pathogens and promotes deodorisation by using a single nanometer-thick coating of silver particles. Hmmm, have you noticed your cellphone smelling?