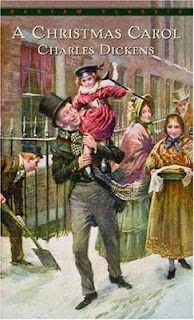 Charles Dickens' famous story comes to life on stage at the Mayfair Theatre, Dunedin, with Bert Nisbet in the role of Scrooge, that inveterate miser, whose experiences with a succession of ghosts changes his view on life forever.
Fred, his nephew, (played by Dominic Crowl) is a complete contrast: having little money, he still manages to make other people happy, including the impoverished family of Bob Cratchit (played by Graham Wilson). Their little boy, known as Tiny Tim, is a cripple, and in spite of his optimism (and that of his family) seems not to be destined for a long life.
The play is directed by Liz Nisbet, and other members of the large cast include Carol Krueger, Helen Wilson, and Cherrianne Parks.

The play will be presented from the 25th November until the 29th. Evening performances are at 7.30 and there is a matinee on the Sunday at 4 pm.

The play will be presented on two mornings to large numbers of Dunedin schoolchildren.

Proceeds from the play will be donated to Habitat for Humanity.

Sounds excellent. Can I come?

As long as you've got the air fare! Look forward to seeing you...