Not knowing anything about thyroid imbalance

My old friend, HitTail, has been taken over by a new group, and they're now planning on sending out either a daily or weekly email giving the weekly keyword suggestions which I'll then use in my blog.   I'm not sure what these are based on, but this week's email has as its suggestions: 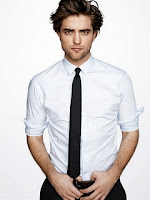 These are a slightly curious bunch: out of the three only the first brings up this blog on the first page of Google's search results.  The other two don't show the Random Notes up at all.   If I put in skinny ties, however, I come up number three on the results (as does the image on the right).   If I put in Sequoia Cunningham (without Dunedin), however, the first result brings up a video called A Severely Exhausting eXercise which was co-directed by a young man I worked with in the play, The Voyage of the Dawn Treader, back in 2008.  Sequoia is also featured in it.   Thus the coincidences of the Internet.


I have written about all three items, (the Mousetrap one got its own post, almost entirely), but not to the extent that they'd seem to be items that would necessarily attract readers to my blog.  It's almost as if I wrote about thyroid imbalance and suddenly people started flocking here.  Don't think it's going to happen, but you never know.


Talking of which (thyroid imbalance, I mean) I've only ever come across one person who had some issue in this area, although I think it's not uncommon.   I worked with this lady in the three years before I retired, and she'd had issues with it (alleviated by medication) for many years.   But that's about the sum total of my knowledge of TI.

Still, if thyroid imbalance shows up next week in the HitTail stats, I'll be pleased...and surprised!
Posted by Mike Crowl at 2:23 pm