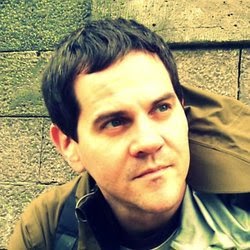 I've been doing some promotional work on Google+, getting to know some other writers and interacting with them. It's been fruitful for me, and hopefully for them. I asked a few of them if they would like to read my latest book, The Mumbersons and the Blood Secret, and give me some feedback.
Some have responded, and the first one to read it, Jim Heskett, who's published a book of poetry recently, Love Poems, Hate Poems, was the first to come back to me. I gave him a list of questions that I thought he might like to answer, and here are the unadulterated responses.

Me: Did the book entertain you, keep you wanting to know what happened next?

Jim: It did. The first chapter had a nice mystery hook with the blood-taking barber. The suspense had a nice ramp-up over the first half of the book.

Me: Did the characters come across as real people for you?

Jim: Hard to gauge, since I’m not too familiar with children’s literature. It felt like a fairy tale, a bit like Neil Gaiman.

Me: Were any of the lines or situations amusing to you?

Jim: The banter between Olivia and Billy was pretty clever.

Me: Did you find the situations plausible, given that there’s an element of fantasy in it?

Jim: I did, but it seemed odd to me that Jerry wouldn’t recognize his own parents after only twenty years. Also, that Billy thought of his dad as “jerry” and not “dad.”

Me: Did you feel that the language was at a suitable level for younger readers (given that it’s intended for kids from 6 - 12, roughly)

Jim: I think so, it seemed comparable to the first couple Harry Potter books.

Me: Did you enjoy it as an adult reader? Would you read it to your kids? (Well, when he’s ready...)

Jim: I did enjoy it! Good suspense, fun situations, and a satisfying ending.

Me: Did you find there were any cultural differences that you queried while reading it?

Jim: A little, but I lived in Australia, so I was able to puzzle out most of the slight language differences. Referring to the skateboarders as Ninjas was a new one to me.

Me: This is intended to be a stand-alone story, but it has links back to the first book in the series. Did it make you want to find out what the first book was about?

Jim: Since I knew nothing about the first book, I didn’t know what any of those links back to the first book were. Maybe adding some mystery by making vague references to things that happened before might help.

Me: Was there anything that really irritated you...?

Jim: I found some POV problems that stuck out to me… the POV seemed mostly in Billy’s head, but occasionally it would jump into another person’s head for a few sentences here and there. That’s a small quibble but those things always pull me out of the story.

You can also buy The Blood Secret on Smashwords, Kobo and iTunes.