Not a winner this time round....

Didn't win the Gallipoli Songs competition organised by ABC Classic FM radio and our own Radio NZ Concert. But a young fellow called Andrew Baldwin was one of the six winners. (Now if 119 of the other 124 entrants hadn't entered, I might have had a fighting chance. 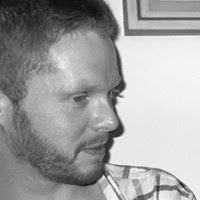 Andrew Baldwin is fairly well-established as a young composer; I've twice heard his music on the radio in the last couple of weeks. When I knew him first he was only a skinny little lad with a very good boy soprano voice. He performed in the local singing competitions and frequently won, or got placed. And then his voice broke - it was breaking during the last lot of competitions I remember seeing him in, to his embarrassment and everyone else's sympathy. But at that point Andrew was already composing, and I can remember him playing something he'd written way back then. I've also got a piano piece that I enjoy playing that he wrote some years ago, although his style has changed since then.

The breaking of the voice usually means boys have to take a couple of years off singing in competitions, or anywhere else. Some boys, like my younger son, manage to shift that gear in the voice without much problem, but my son had never really been a boy soprano in the accepted sense. The young fellow who played Toby in the musical, Grimhilda!, that I wrote two or three years ago, Max Beal, is currently in the same boat. He was in the most recent lot of competitions, this year, but will have to take a bit of time off to grow into his new voice.

So, I didn't win the Gallipoli Songs Competition. Well, I knew I'd be in heavy duty company, and I'll get over it. Eventually.

I spoke to one of my daughters on the phone the other night. We were talking about what I'd been doing and she was asking how my latest book is going (The Mumbersons and the Blood Secret). I said sales were pretty sluggish. Her comment was that I'll probably be one of those writers who becomes famous after I'm dead. I agreed. She went on to say that then my children will get all the handsome profits.

It would be nice to think so!
Posted by Mike Crowl at 3:34 pm