Gold and the IRA

At the end of February this year, my job comes to an end. I'd known about the possibility for a while, but my initial reaction was that I'd really like to carry on working, because I enjoy working.

I became eligible for the pension/superannuation in May last year, so I've been getting that as well as my wages (well, I've been getting the bit that the Inland Revenue will allow me to have once they've taxed it quite heavily as secondary income).

I've been on holiday since the day before Christmas Eve, 2010. And something dreadful has happened: I've begun to consider that maybe retirement isn't such a bad thing after all. Freed from that constant stricture of having to go to work and stay there until the hours are done, I'm feeling quite good about the possibility of not working at all. However the income aspect is a bit of a problem, and maybe part time work somewhere (without stress or responsibility!) would be useful, just to pay those nasty bills that turn up occasionally.

I came across the acronym, IRA, recently. It isn't related to that Irish group who went round shooting innocent people (and some not so innocent ones) but stands for Individual Retirement Account - or Arrangement, depending on who's telling you what it means.

Regrettably I don't have 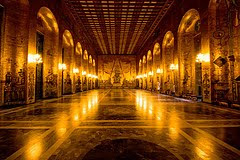 much of an IR Arrangement...seldom having worked in a job where there was a pension attached, I'm having to rely on the Government to see me through (and they, money-grubbing people that they are, are even taking the tiddly bit of English pension I earned thirty plus years ago and using it to pay my pension here!) So I won't be taking up a gold IRA even though it sounds like a great idea...because the amount of gold I've got is pretty much limited to my own wedding ring and my English grandmother's one - and that looks like a very skinny curtain ring, anyway. Talking of rings, the phrase IRA gold has a nice ring of its own, but unless some currently unknown relative dies and leaves me some gold in their will, it's going to have to continue to ring without my appreciating the sound.

I don't know much about investing in gold (for the reasons stated above) but seemingly: Gold IRA accounts benefit from negative economic, political, environmental, or monetary conditions [that] contribute to a rising gold price. This is the reason gold has always been referred to as the “crisis commodity” and why investors are rolling their 401k and 401b's into Traditional gold IRA and Roth IRA gold accounts.

Does this mean anything to you? Plainly it means something to people who have gold to invest, so I checked out the Web and found out this: In the United States of America, a 401(k) retirement savings plan allows a worker to save for retirement and have the savings invested while deferring current income taxes on the saved money and earnings until withdrawal.

Sounds like a nifty plan, and I'd really like to be involved in a 401k gold plan in my imminent old age. Certainly appeals more than storing the gold I don't have under the bed. All I have to do (if I'm a gold holder, instead of a Gold Card holder - which I actually am) is do a gold IRA transfer.

Actually it's possible that the Irish IRA might well be interested in a gold IRA transfer....certainly more than a Gold Card transfer. Still, Gold Cards are not to be sneezed at. I travelled from Wellington to Paraparaumu on the train the other day - and back - for free because I'm a Gold Card holder. That was a Wow moment for me, really. So far my Gold Card has done nothing more than get me to and fro on the buses either at a discount (in peak hours) or free (in off peak). I'm not complaining, it's just that the train trip was the best bonus I've had in a while. Even getting into the movies with a Gold Card isn't much cop - you save all of six dollars....that's also pretty much Wow, but in a rather different mode.